Canine Influenza- What is it?

By Lifelearn Admin December 18, 2020 No Comments 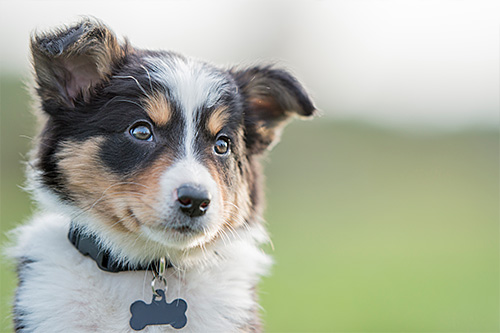 What is K9 Influenza and why is it important to learn about this disease now?

Influenza is an infectious respiratory disease affecting dogs. It is very contagious (easily spread from 1 dog to another) and can cause severe illness, pneumonia, and even death. There are 2 known strains of K9 Influenza, H3N2 and H3N8.

The first outbreak was H3N8 (in 2013), affected mostly racing Greyhounds in Florida. At the time, the fear was that it would quickly spread to animal shelters, and from there reach our personal pets. An early vaccine was developed, but stopped being used commonly when no further outbreaks occurred.

In 2015, a different strain of K9 Influenza appeared in Chicago, IL and Atlanta, GA causing massive amounts of illness. This was H3N2. For a 3 week period, all Chicagoland dog parks were closed, and many boarding facilities, some dog daycare centers, and even some affected veterinary clinics closed temporarily to prevent further spread to healthy dogs.

The Centers for Disease Control have traced the H3N2 Influenza strain from a group of rescued dogs imported in to Chicago from South Korea. Neither K9 strain of influenza affect people. One or the other strain of Influenza have been identified in all US states with the exception of Nebraska, North Dakota and Hawaii. In May 2017, 2 dog shows were responsible for the latest outbreak of H3N2. It has been determined that H3N2 infected dogs can shed the virus for up to 24 days (and potentially infect other dogs for over 3 weeks). Dogs infected with H3N8 only shed the virus for 5 days.

A new diagnostic test was developed in the last few years that can identify many causes of K9 infectious respiratory disease complex (CIRD), beyond Bordatella (commonly called Kennel cough) and these 2 Influenza strains. Many respiratory infections are caused by bacteria or mycoplasma agents. These organisms respond to antibiotics but do not have vaccines.

At this time, a vaccine exists which can help protect against the 2 strains of Influenza. It does NOT prevent illness, but it WILL lessen the severity of the Influenza illness.

“Social dogs” are the ones who would be at the highest risk. This includes dogs that travel to other states, attend out of state dog shows or hunting trials, attend doggie daycare, visit dog parks or boarding and grooming facilities on a regular basis.

We recommend that you talk to one of the veterinarians at All Creatures about the exposure and risks that your own dogs may have, and whether they may be candidates for the Influenza vaccine.